Previously, Jeremiah Devitt witnessed the tragedy at Beechworth Manor. He saw the corpses of his good friend Anthony Beechworth and his wife Anna.

He suffers from dreadful visions: Anna and her baby, Anthony hanging himself, and a huge bird's eye with dreadful screams and pain. To deal with this post-traumatic stress, he sees a doctor named Wakefield. However, Wakefield doesn't know what to do about Jeremiah's symptoms. He proposes to get help from a old friend, Dr. Kaufmann, who is more skilled in modern psychiatry and has extensive knowledge of the occult. Jeremiah agrees, but still decides to visit his old boarding school as Anthony had requested in a letter.

When Jeremiah arrives at his old school, things aren't as they used to be. It's being used as a hospital run by nuns and his old teacher, Father Ernest. The entire building is occupied by the weak and elderly. Also, the backyard is filled with fresh graves. Devitt discovers that some things aren't right. Why can't he talk to Father Ernest? And what has caused all these recent deaths? A dying patient leaves Devitt a note stating that the new caretaker, Frank Baldwin, is not to be trusted. The patient, who is in agony, asks Devitt to put him out of his misery by injecting him with a lethal dose of morphine.

Jeremiah tells the patient he'll help him out. Depending on the player's choice, Devitt either goes to the nurses' quarters to obtain a bible or to obtain a lethal dose of morphine. When Devitt returns, he find that the bed of the dying patient is empty. He suspects that Baldwin is responsible for the disappearance. While Devitt is searching for the patient in the backyard, he hears noises coming from within a coffin standing in the backyard. Frank Baldwin, who is at work in the front yard, seems to have the appropriate tool to open the coffin, but won't let Jeremiah borrow it. Devitt cleverly finds a way to distract Baldwin by asking him questions about Aberdeen. While Baldwin loses himself in the stories about Aberdeen, Devitt steals the tool. He then rushes towards the backyard to open the coffin. Another patient was locked inside, still alive. Mother Elizabeth, the head nurse, comes to the patient's aid. With the head nurse being occupied, no one prevents Jeremiah from seeing Father Ernest. When he visits Father Ernest, he learns that Ernest has become blind.

Devitt also returns to his old dormitory, where he recalls more of his past. He remembers that he used to be in a secret society and philosophy club while attending boarding school. He also remembers that they used to meet in the basement, a place he didn't investigate yet. He decides to take a look in the basement. When he enters the basement, he finds piles and piles of human corpses. Also the dying patient ended up here. If Devitt has morphine, he quickly injects the patient to end his misery.

He then sees Father Ernest entering the basement. Father Ernest tells him that he remembers Jeremiah. Ernest also used to be in the secret philosophy club. Back in the day, they discovered a serum that could help them take a peek at another world. But there was a being in the other world that looked back. And all the members of the club have been cursed since. Ernest became obsessed with this other world. He hired Baldwin to conduct experiments upon sick and elderly people to find a way to return to this other world. But all experiments failed and many died in agony.

After confessing all of this to Jeremiah, Ernest sets himself on fire. Baldwin, who feels compromised now that the truth is out, hits Jeremiah with a hammer on the head, puts him in a coffin, and buries him alive.

Phawx   August 10, 2013
Each element of The Last Door can perfectly stand on its own merits but when combined is a tour de force, if a bit on the short side. Read full review

Zac Elawar   July 7, 2013
These introductory chapters may be short and somewhat simple in regards to the puzzles, but they establish the world extremely well. Read full review

Vladimir Sahornil   July 16, 2013  (Spanish)
A game with a very attractive plot, gameplay, music and price. The pixilation gives a “romantic” touch to the game, but it causes some things to be overlooked due to the lack of detail of the important objects.* Read full review

Max. S   July 15, 2013
The marked gameplay and graphical improvements in Chapter 2 have me optimistic this twisted tale will only become even more entertaining. Read full review

Jaime San Simón   July 15, 2013  (Spanish)
Although it has the usual failings of the genre, it knows how to exploit its narrative and it lovingly transforms sound effects into a gloomy atmosphere.* Read full review

August 2, 2014  (Hungarian)
The game’s atmosphere is comparable to most of the works of Poe and Lovecraft, as well as many of the Gothic horror writers from the turn of the century, not to mention recent horror films like The Others, The Orphanage, and The Woman in Black.* Read full review

Billy White   August 24, 2013
The story is great, the game has loads of atmosphere and Devitt walks faster (Thank goodness!). The only real complaint I have is that Chapter Two wasn’t near as nerve racking as Chapter One, but it does have a better story. Read full review

Mwarf   August 25, 2013  (French)
The atmosphere of the game is simply intoxicating, masterfully distilling physical and psychological horror within a universe that is reminiscent of Edgar Allan Poe. The number of clickable elements is not very large, so the game is not very difficult. This is a judicious choice that supports the atmosphere by not bogging down gameplay.* Read full review

Sparky Clarkson   August 25, 2013
I've enjoyed the Lovecraft-tinged horror and Victorian mystery of the game's first two chapters and look forward to experiencing more of its world. The prospect of dealing with its obtuse puzzle design, however, fills me with the wrong kind of dread. Read full review

Jillian Werner   Jul 17, 2013
Despite a few short steps back, Memories still excels as a minimalist horror adventure that primarily relies on the potential of fear in the player’s imagination. Read full review

Materdea   July 13, 2013  (Polish)
The Game Kitchen has done sensationally well! We are waiting with flushed cheeks for the remaining two episodes of The Last Door!* Read full review

Jay Petrequin   May 20, 2104
Overall, chapter 2 comes out very strong. It expands both the main character’s backstory and the larger plot, giving us our first real sense of what’s going on. Read full review

Ethan Moses   September 4, 2013
I thoroughly enjoyed chapter 1 of the Last Door and chapter 2 has only pulled me deeper into the creepy tale. Read full review

Dora   October 18, 2013
Eerie, unsettling, though still perhaps over too soon, The Last Door: Chapter 2 is a solid example of classic horror at work. Read full review

Arashi   January 27, 2014  (Spanish)
I can only recommend The Last Door, an adventure that consists of episodes of around 30 minutes, and which flow naturally among the inexplicable events that pull you into the mystery.* Read full review

Joel Couture   July 19th, 2013
Clever puzzles, good music, better sound effects, and a twisting storyline make this game well worth a horror or point-and-click fan’s time, and it is a far better showing than many games you’d have to pay to play. Read full review

August 16, 2013
The game continues the excellent work of the first chapter, but a couple of missteps regarding the poor translation and one or two badly designed puzzles result in a less immersive and enjoyable experience. Read full review

Markus Grundmann   July 2, 2013  (German)
An homage to the literary and film genre of the classic horror, in which the true horror is not The screen or the paper, but in the viewer's head.* Read full review

Le_crim   July 14, 2013  (French)
Sometimes, like that, we come across games out of nowhere. At first glance, they have nothing going for them: not sexy, too classical, too much already seen. And yet we still press the play button. And we end up getting a huge slap in 5 minutes. This is a bit of what happened in my case with The Last Door.* Read full review

Aurelio Maglione   August 7, 2013  (Italian)
In all likelihood The Last Door series will represent a huge missed opportunity, since it could have been much more successful with just a little more effort.* Read full review

Florencia Orsetti (lunatika)   July 15, 2013  (Spanish)
While the events in The Letter were intriguing enough to make me want to keep playing, I must admit that Memories had much more narrative strength and a more bearable pace.* Read full review

Armaan Khan   Jul 16, 2013
I’m not trying to suggest that this installment is hard, but it’s more involved than the previous chapter, so those who like their games to be “games” should find some meat to sink their teeth into. There isn’t a whole lot of meat, though. My first run through took a little less than an hour to complete. Read full review

Federico Giacobino   July 10, 2013  (Italian)
The Last Door will probably always remain a niche game, but I sincerely hope it continues with the help of the fans. As a lover of horror and a long-time player of adventure games, I cannot help but love every aspect of this title.* Read full review 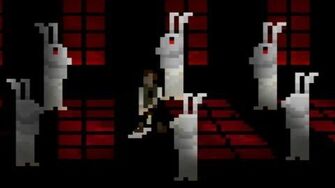