After finding his way through the mist, Jeremiah ends up finding Alexandre. The story of the fourth chapter completely unfolds in and surrounding Alexandre's estate. Devitt investigates the estate in order to learn more about himself, Alexandre, the Veil and the Simurg while Alexandre is confined to his wheelchair due to unknown circumstances.

While investigating, Devitt learns Alexandre never stopped pursuing knowledge about the Veil. Alexandre used to do lots and lots of experiments. However, these experiments came with a cost. Both Alexandre's mind and body deteriorated.

In notes, Devitt reads that Alexandre sometime became mentally unstable. He also claimed he was stalked by his statues. It is not clear whether this was due to a physiological issue or that the statues were indeed affected by the veil and the Simurg.

While investigating, Devitt stumbles upon the grave of Old Mike. He finds a mutated skeleton which is part monkey part something else. Mike was also subject to experiments with the veil, the mutations are very likely a result of this.

After Devitt put everything together, he hears a scream of terror coming from the estate. When he checks Alexandre's room, Alex is not there. Alexandre went to his basement, where he set up the serum which Devitt has to inject to look behind the veil. The last thing we see is Devitt injecting himself. Until Wakefield finds him somewhere else..

2015-02-03
But that's the best part about this game: constant apprehension, exploring the unknown, solving weird and mysterious puzzles, low visibility and lots of dark and creepy places barely lit by the candle that you grasp. Read full review

2014-11-17
Here we have much better balance between the problem solving and the story happening in the background. Read full review

Jaime San Simón   Mar 3, 2014  (Spanish)
[Episodes 3 and 4] show an increasingly defined style and a better understanding of what works and what doesn't. There is still room for improvement, but Devitt's story is far from over.* Read full review

June 18, 2015  (Hungarian)
The Last Door provides the opportunity to impose ourselves into a very solid, well-structured and thrillingly exciting story. It would be a pity to miss it.* Read full review

Jillian Werner   Feb 17, 2014
Although the setting is superbly done, at times it is too similar to locations we’ve already visited. Read full review

Billy White   March 15, 2014
Chapter Four was a little on the short side compared to previous chapters, but it made up for this with a stellar atmosphere that is easily the best the series has had to date. Read full review

Jay Petrequin   May 20, 2014
Chapter 4 is lacking in atmosphere until the very end because it feels like all stuff we’ve already seen by that point. It does nothing new, and it’s simply not very interesting. Read full review

Joel Couture   March 3, 2014
The Last Door Chapter 4: Ancient Shadows is a short chapter that doesn’t have much for new puzzles or locations, but it still nails everything that makes this series great and made me see the previous chapters in a new light. Read full review

March 27, 2014
Protagonist Jeremiah Devitt may consist of just a handful of pixels, but through some excellent writing and truly stunning sound design, The Last Door will still have you on the edge of your seat. Read full review

Chocho   February 2014  (Hungarian)
Ancient Shadows is worth the wait, even though the story itself is not as big of a step forward as the fans expected. At first, it is difficult to accept that Chapter 4 closes out the season, since it looks more like a middle piece.* Read full review

Le_crim   March 4, 2014  (French)
Although it is a rather classic point & click in its mechanics, this is an exciting offering by The Game Kitchen. With a dark history and some moments that are more than striking, the Spaniards prove that there is no need to have a top-ranking title to offer a great game.* Read full review 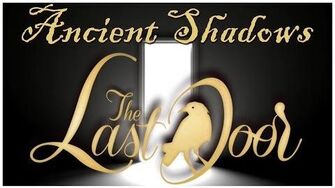 == References ==
Community content is available under CC-BY-SA unless otherwise noted.